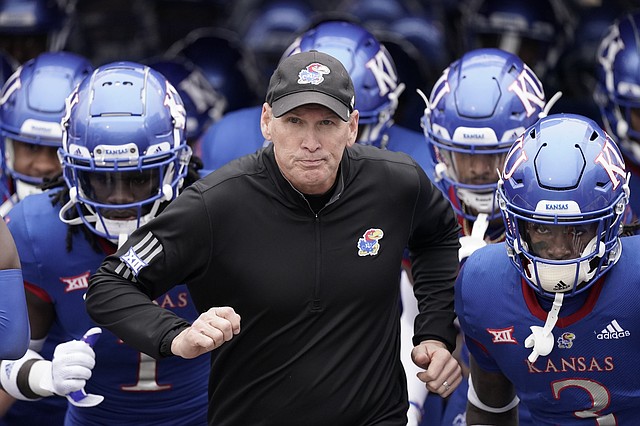 'We got a taste of it': Jayhawks hope battle with unbeaten OU can propel KU football forward

A Kansas football team that had lost its previous five games by an average margin of 32.6 points wasn’t expected to pose much of a threat to No. 3 Oklahoma Saturday at David Booth Kansas Memorial Stadium. Nevertheless, the Jayhawks had the unbeaten Sooners on upset alert before OU recovered just in time to get out of Lawrence with a 35-23 win.