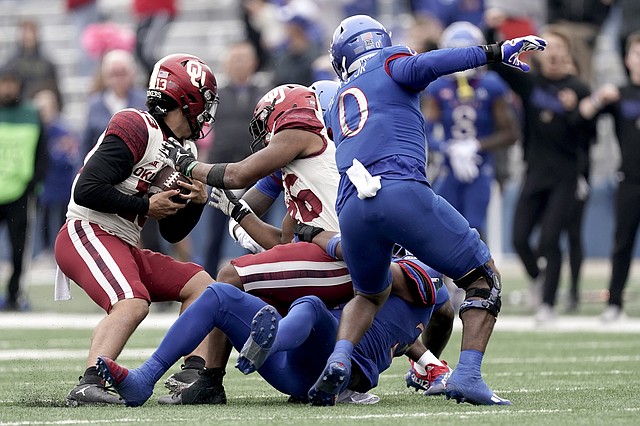 Notebook: Jayhawks would like to get WR Trevor Wilson 'back in the flow'

No. 3 Oklahoma rallies for 35-23 road win over KU football

The long struggling Kansas football program’s upset bid against No. 3 Oklahoma fell short late in the game Saturday at David Booth Kansas Memorial Stadium, where the Sooners held on for a 35-23 win after going scoreless in the first half.