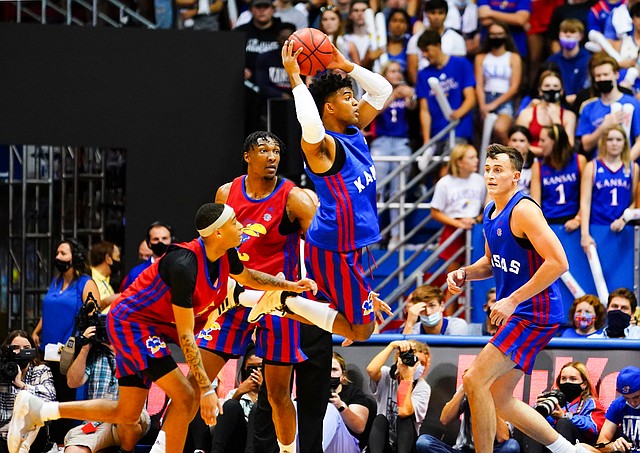 A few days after being named the Big 12 Conference’s Preseason Player of the Year, Kansas senior Remy Martin was added to the Bob Cousy Point Guard of the Year Award watch list. By Matt Tait

Shortly after hearing that he had been named the Big 12 Conference’s preseason player of the year, Kansas point guard Remy Martin took the news in stride. By Matt Tait

Last week’s first look at the 2021-22 Kansas men’s basketball team revealed a roster full of athletes who are not afraid to get out and go. By Matt Tait