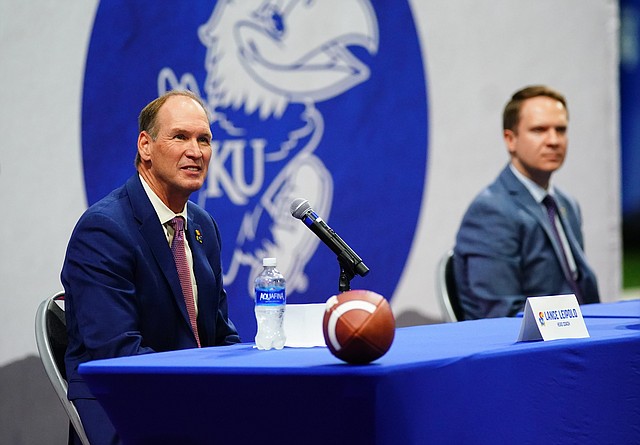 The Kansas football team’s newest assistant coaches all signed three-year contracts when they followed their boss Lance Leipold from Buffalo to Lawrence.

Matt Tait: The fit for Kansas and new football coach Lance Leipold appears to be a two-way street

The word “fit” was used at least a couple dozen times during Monday’s introduction of Lance Leipold as the new Kansas football coach at KU’s indoor facility. But the most noteworthy thing about its prominence was the belief from both sides that the idea of KU finding the right man to lead its struggling football program was not a one-way street. By Matt Tait