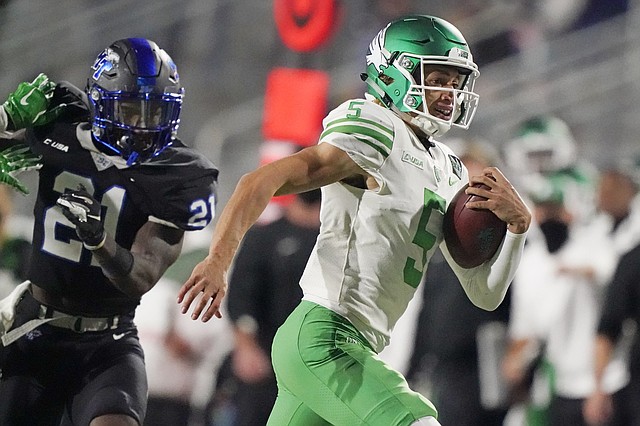 The Kansas football team’s quarterback competition has a new contender. A former starting QB at North Texas, Jason Bean announced Friday his plans to transfer to KU and join the Jayhawks.