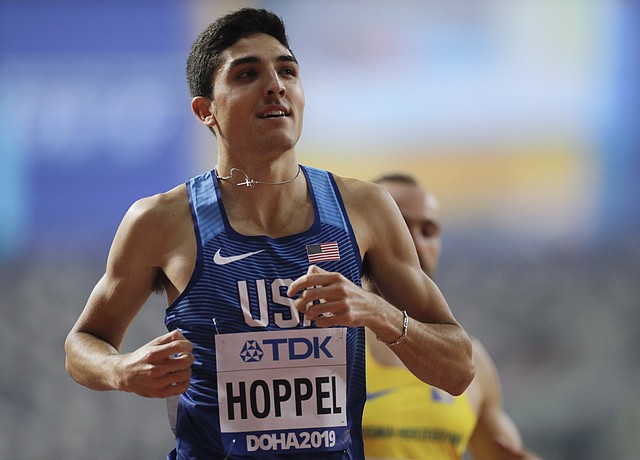 Bryce Hoppel’s string of successes in the 800 meters over the past couple of years made a trip to the Tokyo Olympics seem inevitable for the former University of Kansas track star. But his path toward qualifying turned more dramatic than Hoppel was counting on when he suffered an injury just a month before the U.S. Olympic Trials.