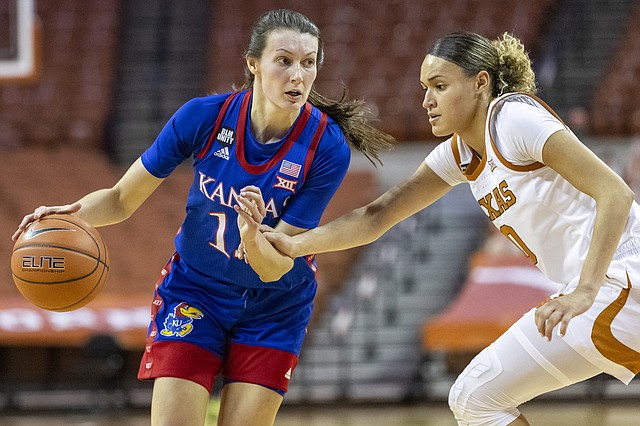 Kansas junior Holly Kersgieter was one of 12 players named to the preseason all-Big 12 women's basketball team, the Big 12 announced Wednesday.

In rematch, KU again overwhelmed by Oklahoma State in 2nd half

A rematch with Oklahoma State on Tuesday in Stillwater, Okla., played out much like Round 1 did three days earlier in Lawrence for the Kansas women’s basketball team.

With only eight players available and scarce practice time in recent weeks to prepare the Kansas women’s basketball team for its first meeting this season with a ranked opponent, the Jayhawks’ upset bid fell short Thursday night at No. 21 Texas.