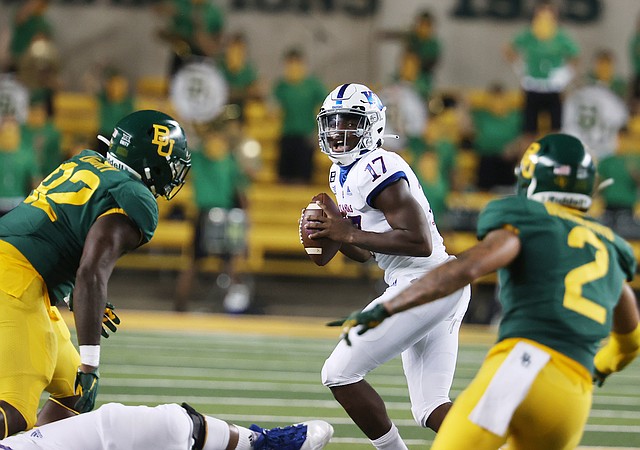 Kansas quarterback Jalon Daniels looks to make a play during a game against Baylor in the first half of an NCAA college football game, Saturday, Sept. 25, 2020, in Waco, Texas. (Rod Aydelotte/Waco Tribune Herald, via AP)

Perhaps Miles Kendrick won’t start for Kansas in the upcoming Sunflower Showdown after all. KU football coach Les Miles was back to his old tricks on his “Hawk Talk” radio show Wednesday night, speaking in vague terms while discussing the quarterback position.