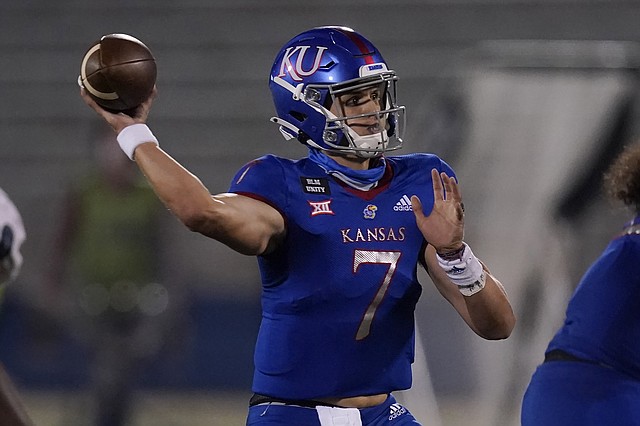 Notebook: QB carousel might be back for Jayhawks' next game

Depending on how the next few days of practices play out — and the health of one of the Jayhawks’ offensive veterans — the Kansas football team might go back to rotating quarterbacks when it takes on No. 17 Oklahoma State this week.

Les Miles not yet ready to play just 1 quarterback

Eventually the Kansas football offense might get back to playing one quarterback week in and week out, the way the Jayhawks did in Les Miles’ first season as head coach. But for the time being at least, it appears KU will keep rotating at the position.