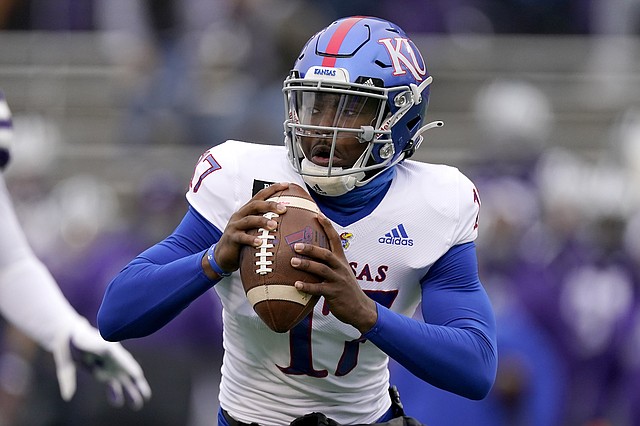 In the early stages of what very well could be a lengthy quarterback competition for the Kansas football team in 2021, a number of contenders are getting their chances to make their case for the job.

Although Kansas football coach Les Miles said leading up to his team’s most recent bye week that he thought Jalon Daniels would be able to practice, the Jayhawks ultimately took a different approach with their hobbled quarterback.

KU plans to ride with true freshman Jalon Daniels as 'the guy' at No. 1 QB

It appears the Kansas football team’s starting quarterback question is finally resolved. Barring an injury or any other unpredictable turns, freshman quarterback Jalon Daniels should retain his spot atop the depth chart from here on out.