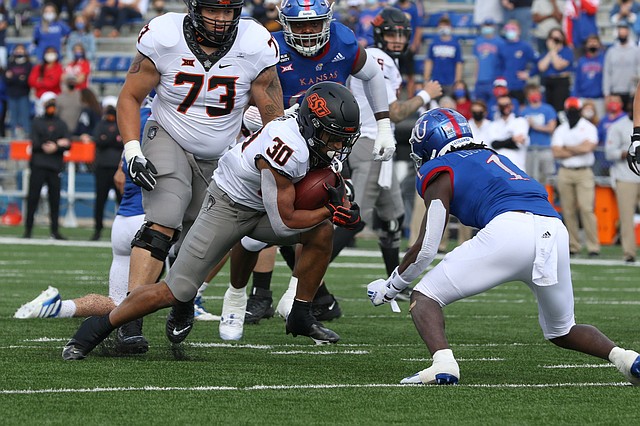 KU's Kenny Logan Jr. gets low to take on Oklahoma State tailback Chuba Hubbard during the Jayhawks' 47-7 loss to the Cowboys on Saturday, Oct. 3, 2020 at David Booth Kansas Memorial Stadium.