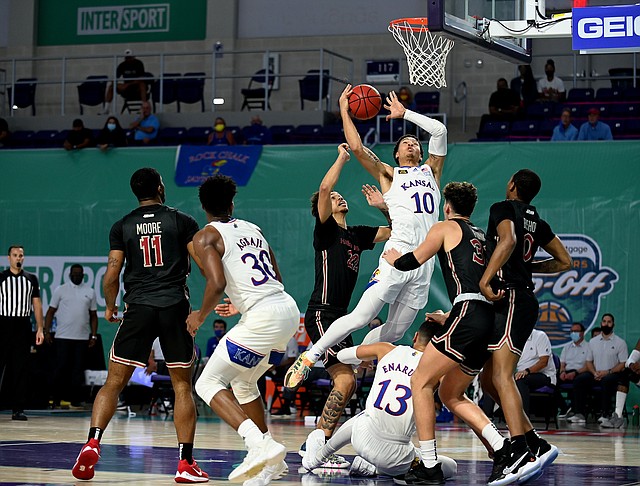 The sixth-ranked Kansas men’s basketball team has used two starting lineups in two games so far this season, but head coach Bill Self said it’s still too early to talk about having the team’s rotation set. By Matt Tait