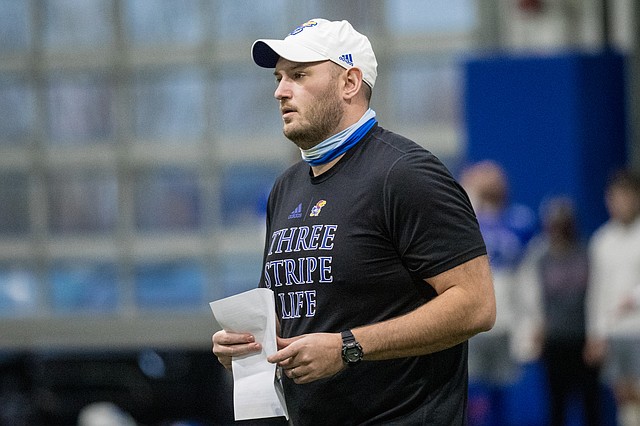 When Les Miles fired Luke Meadows as Kansas football’s offensive line coach with just three weeks left in the season, it had plenty to do with the Jayhawks’ play up front throughout an 0-7 start. While speaking Monday with media members for the first time since what Miles described as “a tough decision,” though, KU football’s head coach chose to focus on the future and how he thinks interim O-line coach John Morookian will help the blockers.