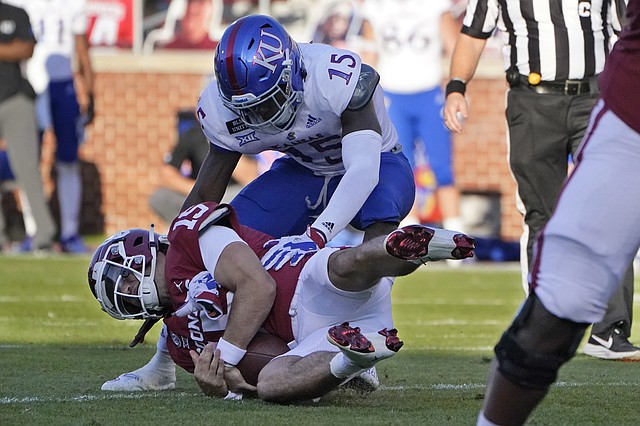 For the first time in a decade, no Kansas football players appeared on the Big 12’s postseason all-conference teams.

Notebook: Miles optimistic KU will have numbers necessary to face TCU this week

One never really knows for sure in 2020 whether any given college football game will be played as scheduled, but as of Monday at least, Kansas coach Les Miles felt optimistic about the Jayhawks returning to action.

It’s not often that one Kansas football player gets to the quarterback for a sack multiple times in a game. In fact, when senior outside linebacker Kyron Johnson contributed two sacks in a blowout loss at Oklahoma this past Saturday, he was the first Jayhawk to record more than one on the same day in a little more than two years.