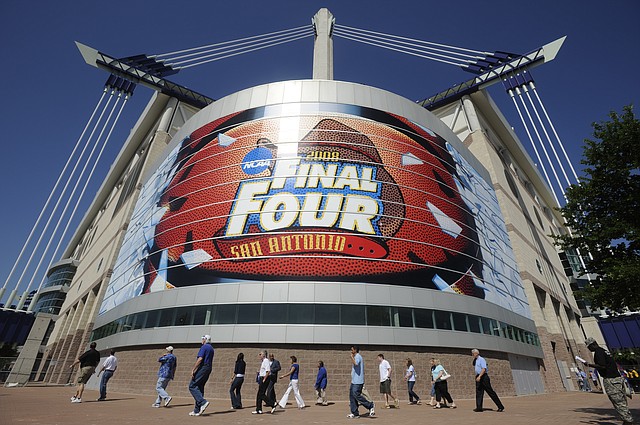 Basketball fans make their way around the Alamodome Saturday, April 5, 2008 in San Antonio.