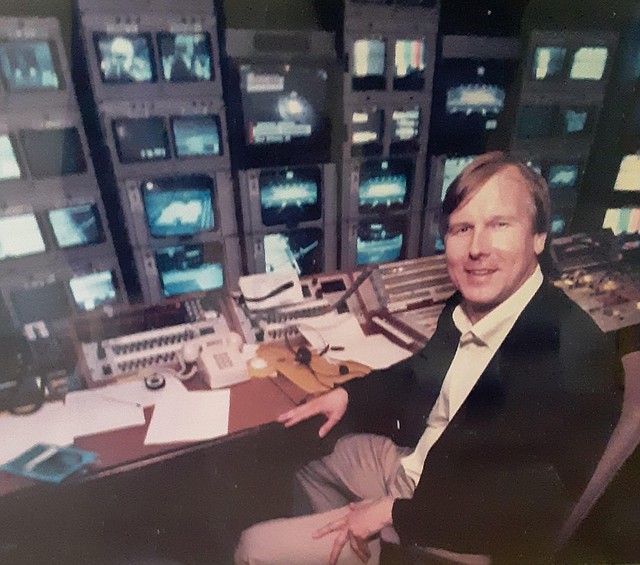 Former CBS Sports producer Bob Dekas sits in the production truck during one of the hundreds of college basketball games he produced during his career. Dekas, who was the lead producer for CBS's coverage of March Madness for 28 years, did his last Final Four in 2012 and now lives in Chicago.