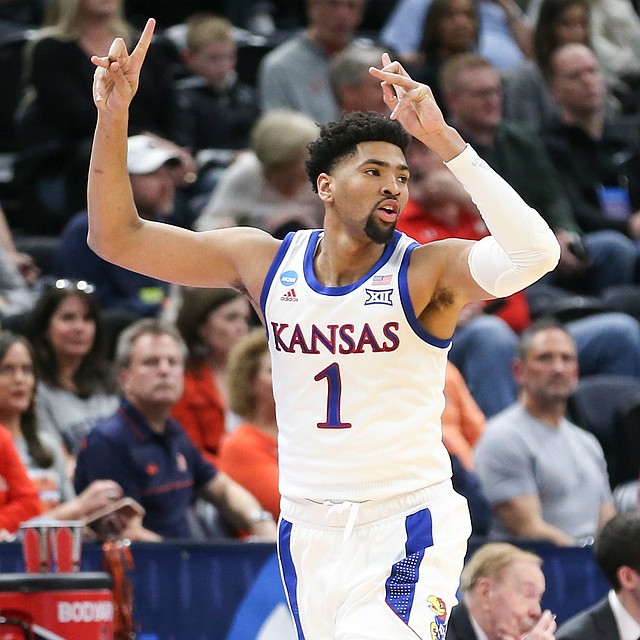 2018-19 – Led by Dedric Lawson’s 20 double-doubles and a group of freshmen who helped Kansas overcome the absence of three of the five players who had meaningful roles on the 2018 Final Four team, the Jayhawks finished the regular season at 23-8 overall and 12-6 in Big 12 play. While that showing was good enough to keep Kansas in the Top 15 all season long, it was not good enough to extend KU’s streak of 14 consecutive Big 12 titles and the Jayhawks entered the NCAA Tournament as a 4 seed, sent to Salt Lake City for the first two rounds. After a strong showing in Round 1, the Jayhawks were blitzed by Final Four-bound Auburn in the second round and sent home during the tournament’s first weekend for the first time since 2015. The Jayhawks finished the down year at 26-10.