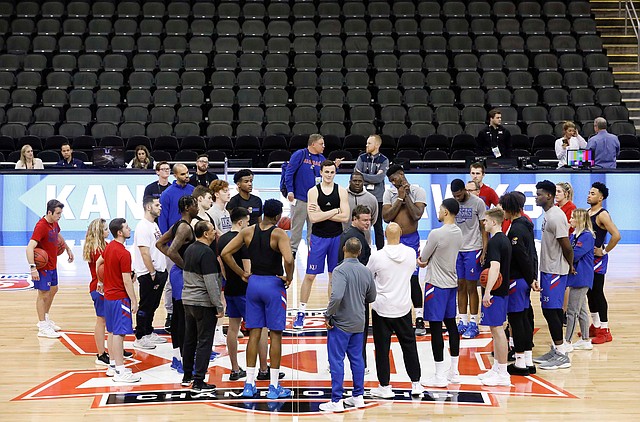 Kansas head coach Bill Self talks to his players, coaches and staff on the court during practice on Wednesday, March 11, 2020 at Sprint Center. On Wednesday afternoon, the NCAA announced that upcoming basketball tournaments would be played without fans because of concerns about the spread of the coronavirus.

Like their fall and spring sports counterparts before them, all NCAA Division I winter sports athletes have been granted an additional year of eligibility and an extra year in which to use it. By Matt Tait

There will be basketball played at Sprint Center this week, but how big of a role fans and a couple of Jayhawks will play remains to be seen. By Matt Tait