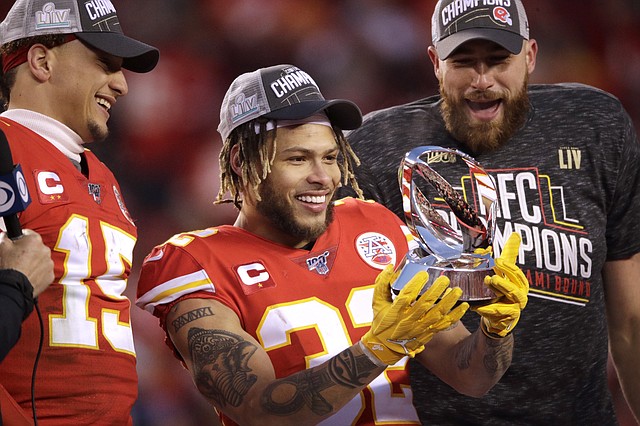 It didn’t take moving to Lawrence or seeing the local NFL franchise sign one of his favorite former players for Kansas football coach Les Miles to feel connected to the Kansas City Chiefs. In fact, Miles will tell you he became a Chiefs fan long before the organization signed Tyrann Matthieu this past offseason, a move that helped the organization reach the Super Bowl for the first time in 50 years. By Benton Smith