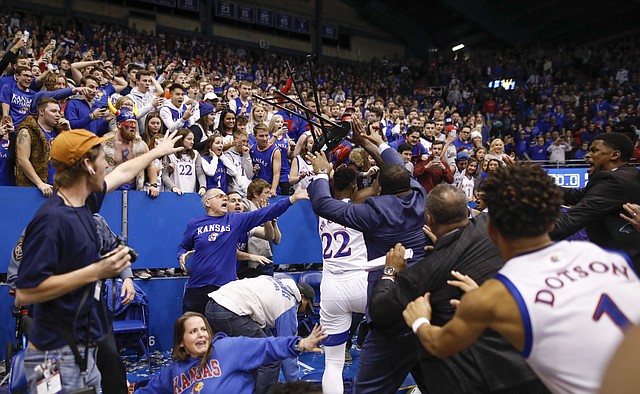 The late-game brawl that tainted the final moments of this week’s Sunflower Showdown remained a topic of conversation Friday as members of ESPN’s College GameDay arrived at Allen Fieldhouse for the Jayhawks’ next game. Not only did analyst and former head coach Seth Greenberg think two Kansas State players should have received longer suspensions, but he also was surprised KU forward David McCormack’s punishment was only two games.

Bill Self: Punishments for rivalry game brawl not completely resolved

Roughly 14 hours after players from the Kansas and Kansas State basketball teams brawled in the south end of Allen Fieldhouse, KU coach Bill Self did not yet have an update Wednesday morning on the coming “consequences” that will be doled out in the wake of the confrontation.

Lopsided Sunflower Showdown ends with all-out brawl between No. 3 Kansas and K-State