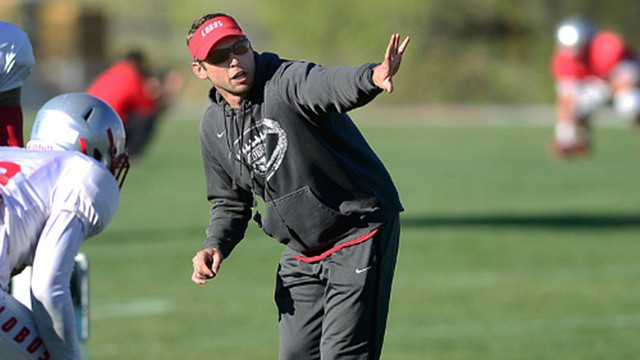 One of the new voices in the Kansas football program got to share some of his defensive philosophies this week, as safeties coach Jordan Peterson made his debut appearance for the team’s ongoing “KU comes to you” series on Twitter. A former defensive coordinator at New Mexico, Peterson used his video session to discuss forcing fumbles in particular. By Benton Smith

Formerly the defensive coordinator and safeties coach at New Mexico, Peterson signed a deal with KU that’s guaranteed for both the 2020 and 2021 seasons, and could potentially last four additional years, through the 2025 season. By Benton Smith

A Texas native and former Big 12 defensive back at Texas A & M, Jordan Peterson is returning to the conference, this time at the University of Kansas, as the newest assistant on Les Miles’ coaching staff.