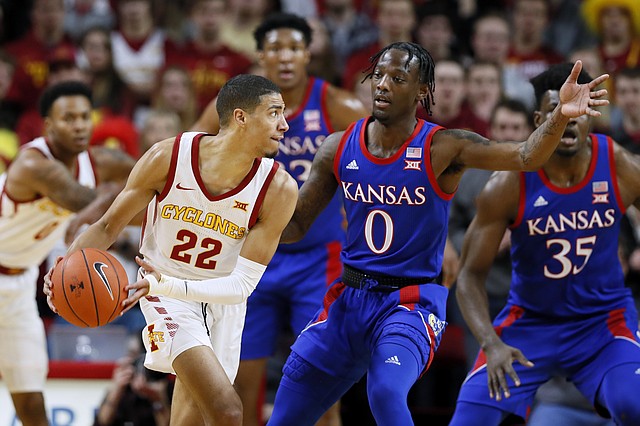 The reigning Naismith Defensive Player of the Year will be on the 2020-21 KU basketball roster, as junior guard Marcus Garrett on Wednesday announced his plans to return to Lawrence for his senior season. By Matt Tait

A look at some of the keys for third-ranked Kansas in tonight's Big Monday matchup with Iowa State on ESPN at Allen Fieldhouse. By Matt Tait

Ames, Iowa — There hasn’t been a more daunting individual assignment for Iowa State opponents this season than being the unlucky defender tasked with stopping Tyrese Haliburton.