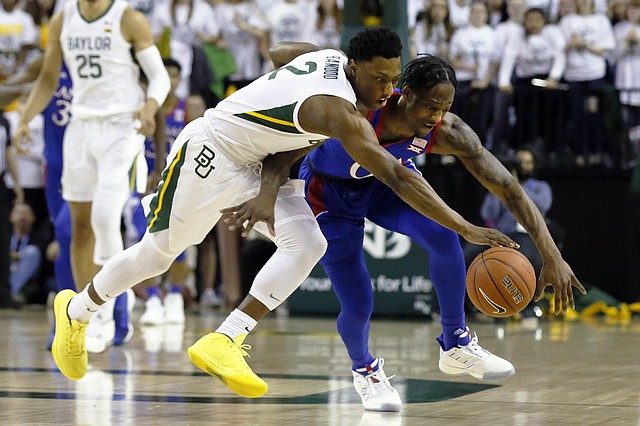 How Ochai Agbaji, Devon Dotson and Marcus Garrett made their mark on KU's steals chart in 2019-20

For a few months last fall and winter, Kansas guards Ochai Agbaji, Devon Dotson and Marcus Garrett staged a regular competition that led to the 2019-20 Jayhawks becoming one of the best takeaway teams of the Bill Self era. By Matt Tait

Kansas junior Marcus Garrett has been named one of four finalists for the 2020 Naismith Defensive Player of the Year, the Atlanta Tipoff Club announced Monday. By Matt Tait

Notebook: KU-BU rematch lives up to the hype, both teams now tied for 1st in Big 12 race