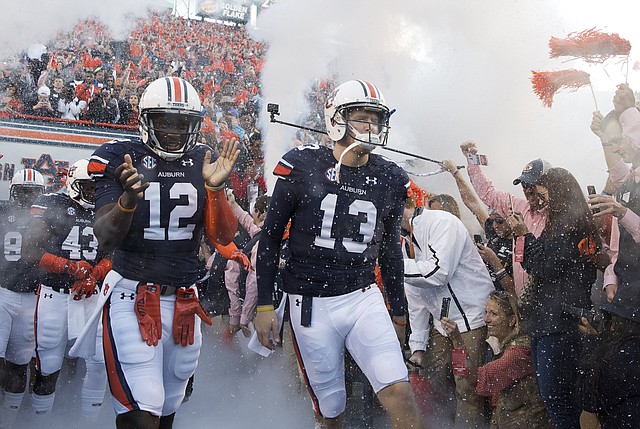 FILE — In this 2014 file photo, Auburn quarterbacks Jonathan Wallace (12) and Sean White (13) run out onto the football field of an NCAA college football game against LSU on Saturday, Oct. 4, 2014, in Auburn, Ala. (AP Photo/Brynn Anderson)

Assistant has ties to Brent Dearmon

Less than a week after Tony Hull announced he was leaving the Jayhawks, Jonathan Wallace, a former skill player at Auburn who also previously worked with KU offensive coordinator Brent Dearmon, was hired to take over the position.