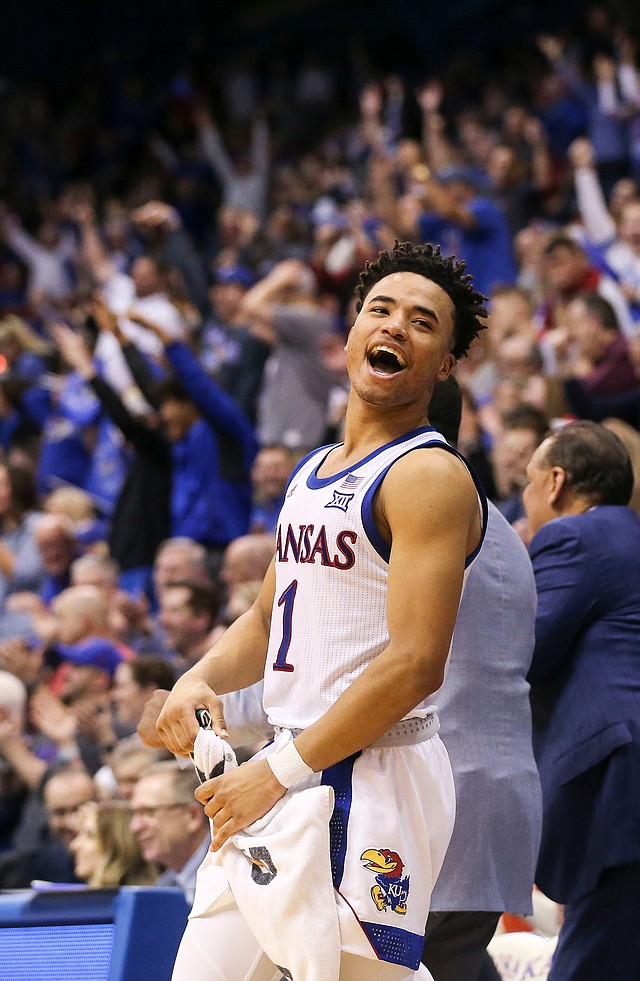 Roughly 30 minutes after Monday’s 91-71 victory over Iowa State had gone final, Kansas point guard Devon Dotson was asked his first question of the week about third-ranked KU’s looming matchup with No. 1 Baylor this weekend. By Matt Tait