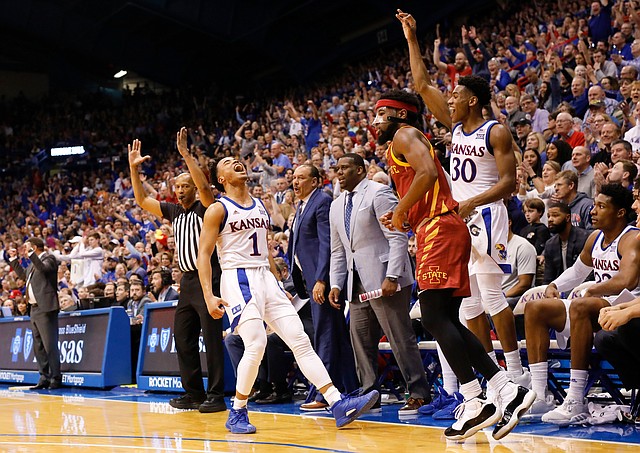 Kansas guard Devon Dotson (1) erupts after hitting a three-pointer in front of Iowa State guard Tre Jackson (3) during the second half on Monday, Feb. 17, 2020 at Allen Fieldhouse.

For weeks, the Kansas defense has carried the third-ranked Jayhawks to tough wins in tough places.On Monday night, inside the cozy confines of Allen Fieldhouse, it was the KU offense that took its turn, catching fire to spark a 91-71 Kansas victory over Iowa State. Matt Tait