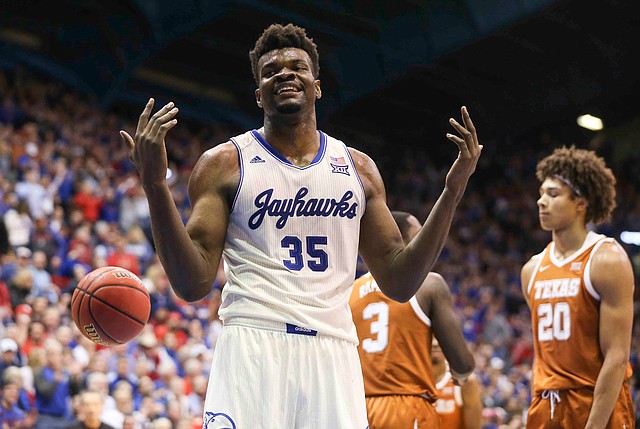 Former Kansas big man Udoka Azubuike has a new home and those who brought him there believed he was “the best player available” on Wednesday night, when the Utah Jazz made him the 27th overall pick in the NBA draft. By Matt Tait

For a player the size of Kansas center Udoka Azubuike, being subtle is not something that comes naturally on the basketball court. However, slowly but surely throughout his KU career, that’s exactly how the 7-foot, 265-pound senior has started to understand his place in the game and on the floor. By Matt Tait