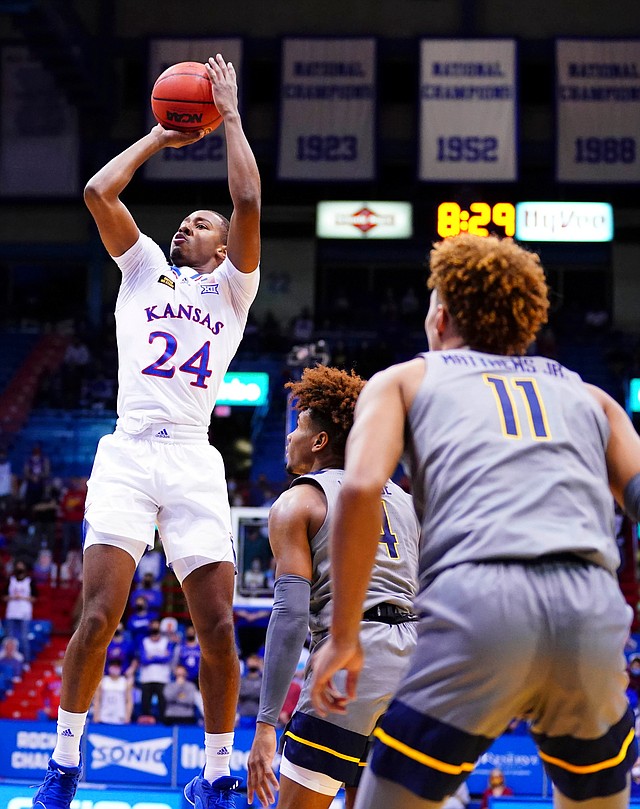 Kansas freshman Bryce Thompson on Tuesday became the latest and biggest now-former Jayhawk to announce his intention to enter the transfer portal. By Matt Tait

Sidelined for the past several weeks and all but one of the Jayhawks’ past 11 games, with back and finger injuries, Kansas freshman Bryce Thompson is nearing a return to the court and could play as soon as Thursday against Iowa State. By Matt Tait

Kansas basketball coach Bill Self on Monday said that freshman guard Bryce Thompson is on track to return to the lineup as originally expected and was “day to day” heading into Tuesday’s road game at Oklahoma State. By Matt Tait