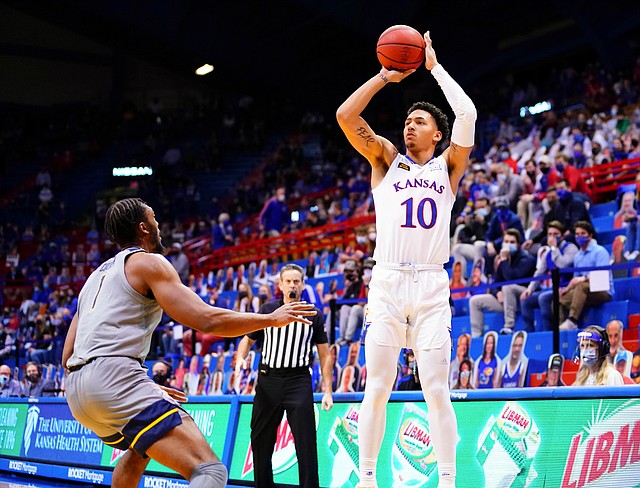 Hours after the University of Kansas men’s basketball team participated in a closed-door scrimmage in Tulsa, Okla., on Saturday morning, Kansas forward Jalen Wilson was arrested in Lawrence, according to the Douglas County Sherrif’s Office. By Matt Tait

In two games at last weekend’s G League Elite Camp in Chicago, Kansas sophomore Jalen Wilson made one start and came off the bench one time while averaging roughly 19 minutes per game. By Matt Tait

The Journal-World has confirmed through multiple sources that Kansas forward Jalen Wilson did not travel to Indianapolis with the team on Monday and is expected to miss KU’s first-round game against Eastern Washington on Saturday. By Matt Tait

A look at some of the keys for sixth-ranked Kansas in Saturday's home clash with Oklahoma at 3:30 p.m. on CBS. By Matt Tait