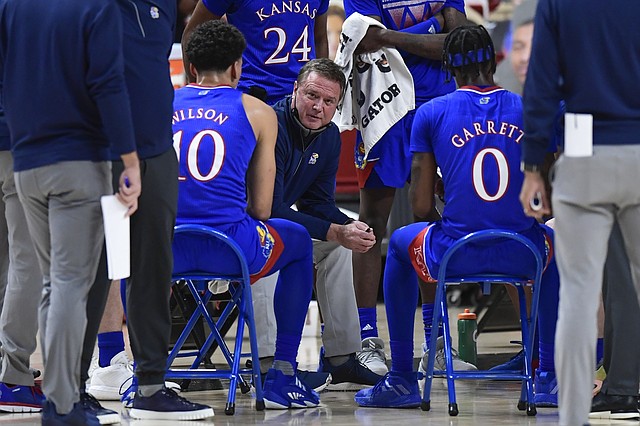 Kansas basketball coach Bill Self said Thursday night on his weekly “Hawk Talk” radio show with Brian Hanni that KU has had conversations about adding a game to its schedule for the week between the end of the regular season and the start of the Big 12 tournament. By Matt Tait

KUsports Live: No. 9 Kansas basketball at No. 2 Baylor

For a little less than eight minutes down the stretch of Thursday's 58-57 victory by No. 5 Kansas at No. 14 Texas Tech, the Jayhawks exclusively played a 2-3 zone defense. And for those eight minutes, the Red Raiders had next to no answer on offense. By Matt Tait