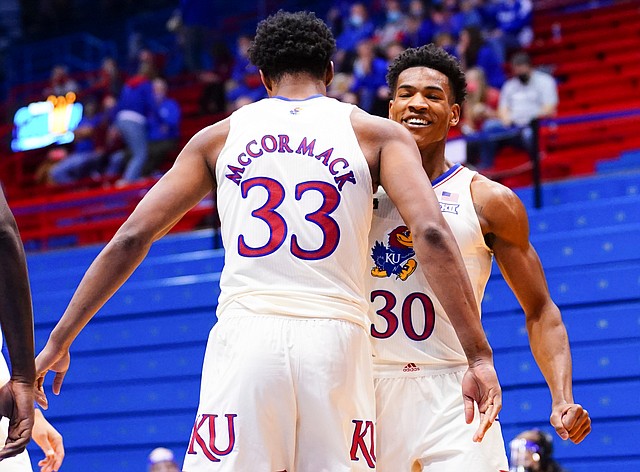 KUsports Live: No. 5 Kansas basketball at No. 14 Texas Tech

More unflappable as a player and versatile as a scorer than he was earlier in his career, Kansas guard Ochai Agbaji recovered quickly from his zero-point outing this week versus Creighton. The junior’s ability to redeem himself served as an important development in an otherwise trivial Friday night rout at Allen Fieldhouse.