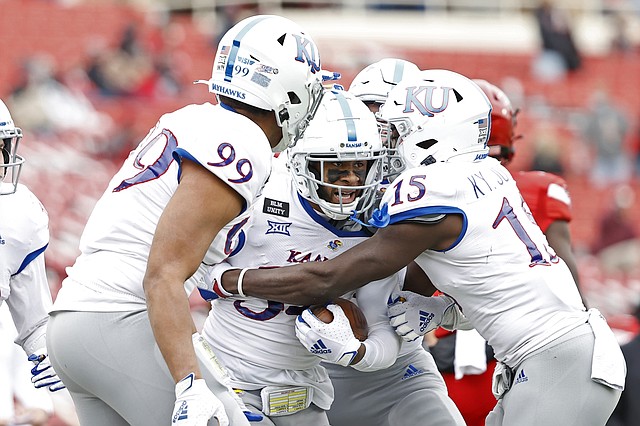 Kansas players celebrate with Nate Betts (34) after he recovered a fumble from Texas Tech during the second half of an NCAA college football game Saturday, Dec. 5, 2020, in Lubbock, Texas. (AP Photo/Brad Tollefson)

'It's a new me': Nate Betts moving to LB for final season with KU football

Although he started in the secondary for Kansas in six of the final seven games of 2020, Nate Betts headed into the offseason looking for a way to make even more of an impact during his final year with the Jayhawks. And his search led him to a new job entirely.

Late in a season that had been defined by blowout losses, the Kansas football team’s defense delivered an inspired effort Saturday at Texas Tech, albeit in another defeat. The 16-13 setback in Lubbock, Texas, was a far cry from recent weeks, when Iowa State put up six touchdowns, Oklahoma piled up eight TDs and TCU’s offense crossed the goal line five times.