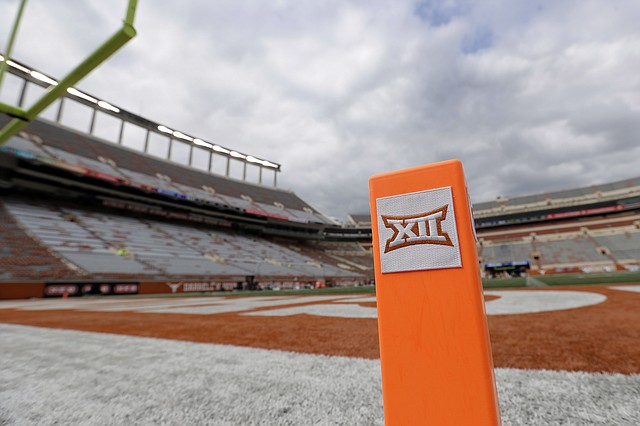 The Big 12 extended membership invitations Friday to BYU, UCF, Cincinnati and Houston to join the Power Five league that will be losing Oklahoma and Texas to the Southeastern Conference.

The Big 12 Conference could see the value of its television deal cut in half once Texas and Oklahoma bolt for the Southeastern Conference, Big 12 Commissioner Bob Bowlsby said Monday at a hearing of Texas lawmakers. The Associated Press

Oklahoma and Texas took the first formal step Monday toward moving to the Southeastern Conference, notifying the Big 12 they would not be renewing an agreement that binds the league’s members through 2025.

Barring a dramatic change of direction, Texas and Oklahoma are moving toward taking the Red River Rivalry to the Southeastern Conference in a seismic shift that will have repercussions in college sports from coast to coast. The Associated Press

The last time Texas got a wandering eye for an alternative conference affiliation it fueled a series of realignment in college sports that nearly killed the Big 12. Texas is once again exploring free agency, stealing the headlines at the Southeastern Conference media days and cranking up speculation about another round of conference shuffling.

The Texas football program returned to some normalcy on Wednesday, three days after pausing all team activities.

Big 12 moves ahead with fall sports beginning in September

The Big 12 Conference reaffirmed its decision to press on with college football and other fall sports Wednesday, joining the Atlantic Coast and Southeastern conferences in taking the field amid the coronavirus pandemic.