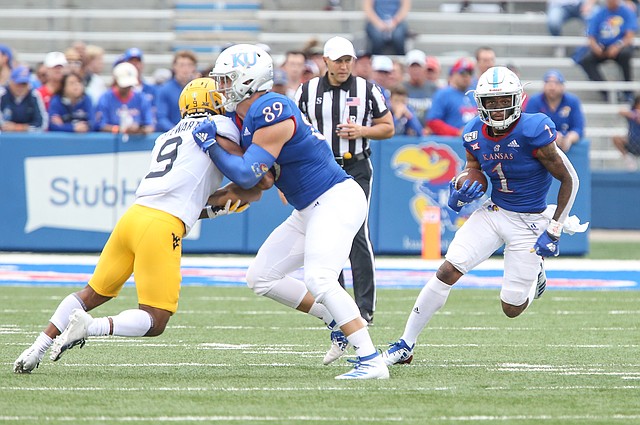 As Kansas football players get initiated this summer into what head coach Lance Leipold and his staff expect of them, a handful of Jayhawks already are getting noticed. The team’s director of sports performance, Matt Gildersleeve, tabbed veteran quarterback Miles Kendrick KU’s first “guy of the week” for all that the QB has done during the Jayhawks’ strength and conditioning workouts so far.

According to Kansas football head coach Les Miles, the Jayhawks are expecting to have running back Pooka Williams back on the roster in 2021.

When Les Miles lamented his Kansas football team’s inability to keep up with West Virginia in time of possession following a narrow home loss, there was a specific sub-gripe at the crux of his concern. The Jayhawks spent such comparatively little time on offense (22:19 compared to WVU’s 37:41) that star running back Pooka Williams didn’t get to touch the ball enough. By Benton Smith