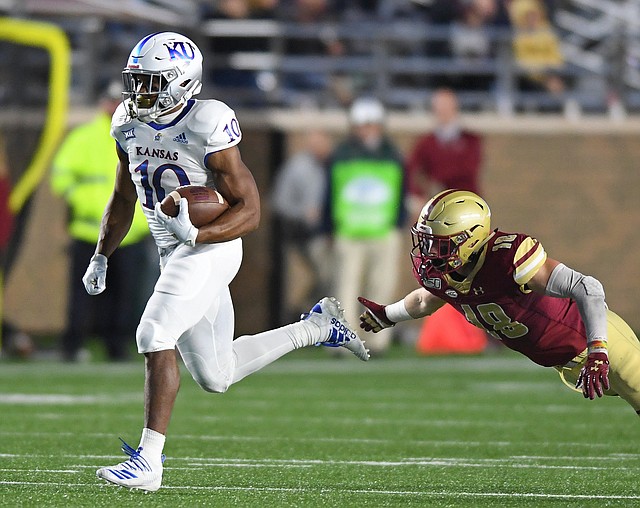 After three-plus seasons with the Kansas football program, running back Khalil Herbert now has a destination for the final chapter of his college football career.

After the Jayhawks put up 567 yards and rolled, 48-24, at Boston College Friday night, though, even businesslike senior QB Carter Stanley couldn’t mask his affinity for the calls that spread the field and put the Jayhawks’ best skill players in more one-on-one opportunities. “Sheesh,” Stanley said after KU’s air and ground display at BC. “It was fun.” By Benton Smith