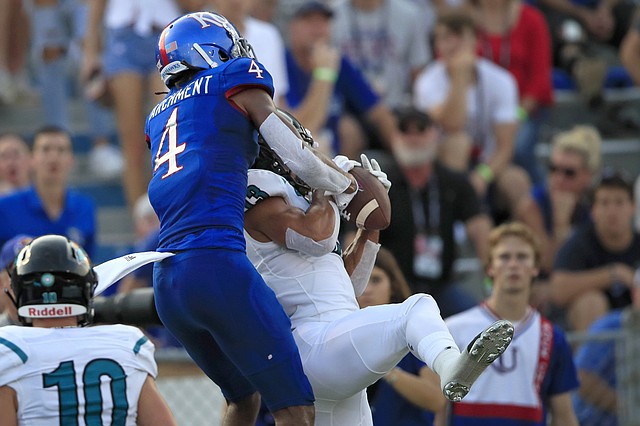 Despite opening the schedule against one FCS foe and a Coastal Carolina team that is in its second year as an FBS program, KU ranks 115th among FBS teams in points per game (15.5), 94th in yards per play (5.24) and, according to ESPN’s analytics, 129th out of 130 teams in offensive efficiency. Based on explanations from both Miles and his players over the past several days, miscommunication has plagued the offense at times, accounting for at least some of its ineffectiveness. By Benton Smith