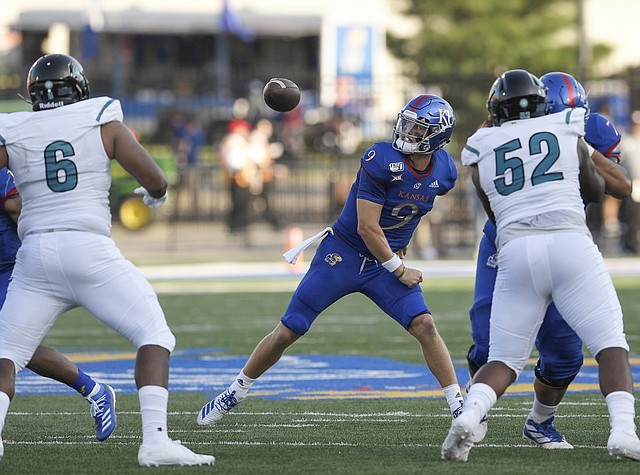 After an emotionally draining loss to Coastal Carolina on Saturday night, Kansas football quarterback Carter Stanley expressed his remorse about his play in particular, going as far as to say he was to blame for the 12-7 setback. By Benton Smith