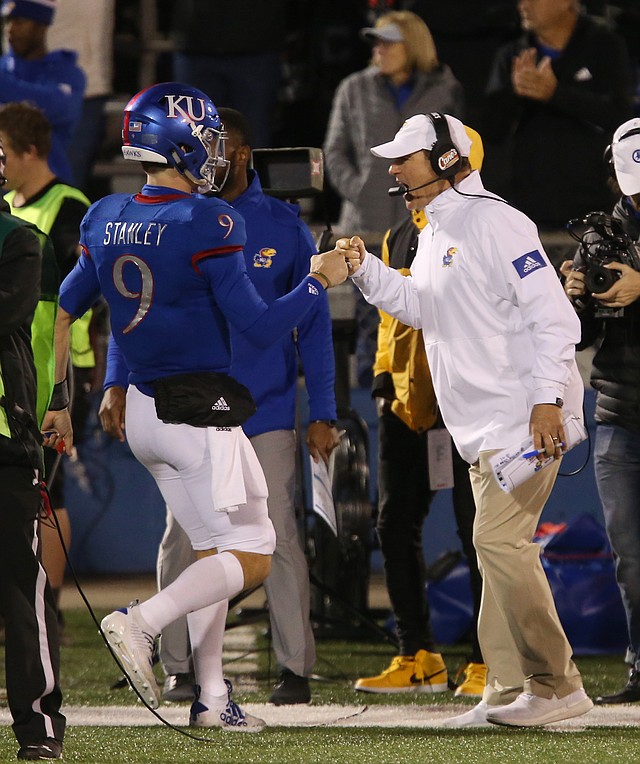 A little more than an hour after the entire Kansas football team celebrated its last-second victory over Texas Tech with a swarm of fans on the turf Saturday night at David Booth Kansas Memorial Stadium, quarterback Carter Stanley tried his best to recall the “blur” of the frenzied scene to reporters when a shout from the hallway interrupted him. “He’s a stud!” offensive coordinator Brent Dearmon shouted in the direction of Stanley, following the senior’s 415-yard performance in a 37-34 KU win. By Benton Smith