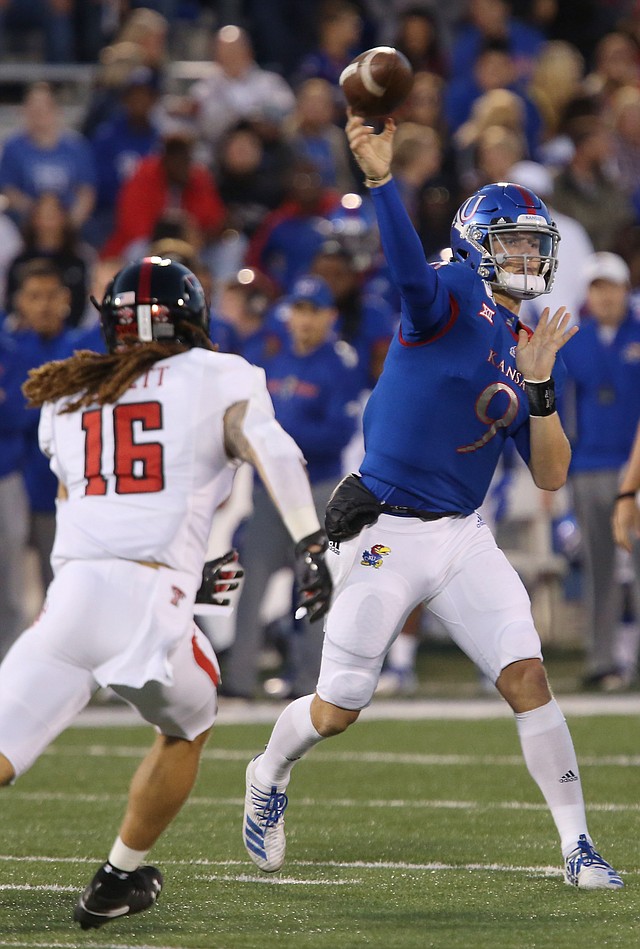 Jayhawks hope to deliver program's most wins since 2009

Three wins. Two wins. One win. No wins. In a decade dominated by losses, those are the only season win totals the Kansas football program has known. By Benton Smith

The entire Jayhawks roster had one thing in mind once the game clock expired Saturday night: chasing down the man who just made their 37-34 victory over Texas Tech possible. Benton Smith