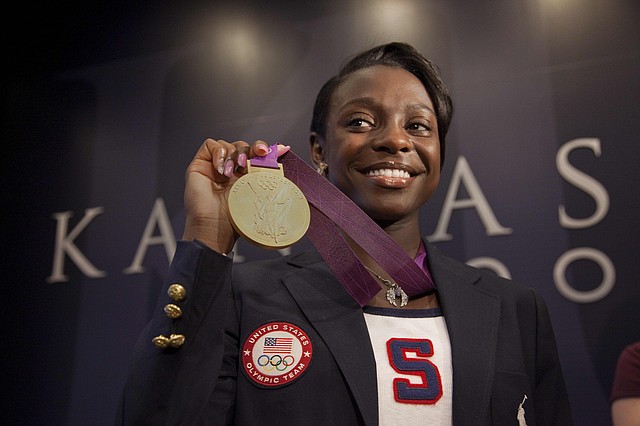 In this Journal-World file photo from Aug. 15, 2012, then-University of Kansas track star and Olympic athlete Diamond Dixon holds her gold medal during a press conference.

A former University of Kansas track and field athlete who was part of the U.S. Olympic team for the 2012 games in London was arrested in Lawrence early Tuesday morning.