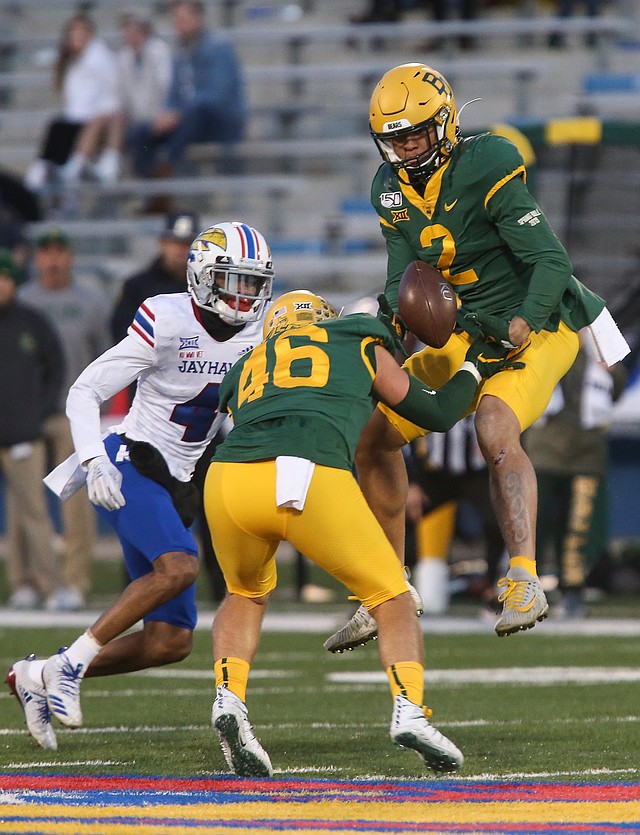 In advance of the Big 12 launching into its pandemic reduced 2020 football schedule, it lost its debut game. Commissioner Bob Bowlsby admitted at the time he didn’t think the TCU-SMU matchup that was scheduled to kick off the season Sept. 11 would be the last game to fall by the wayside due to the COVID-19 crisis. And Bowlsby was proven right long before the Big 12 even reached its late September weekend of conference openers.

The Big 12 reportedly has a plan ready in case one (or more) of its teams loses available players to COVID-19 quarantine during the upcoming season.

Whether the returning Jayhawks who endured the Kansas football team’s worst loss of 2019 on the final Saturday of the season use that as motivation entering the offseason will vary from man to man. Just the same, as everyone involved in the program moves past a 61-6 beating at the hands of Baylor in the finale, head coach Les Miles said in the aftermath of the thumping that it will get brought up again. By Benton Smith