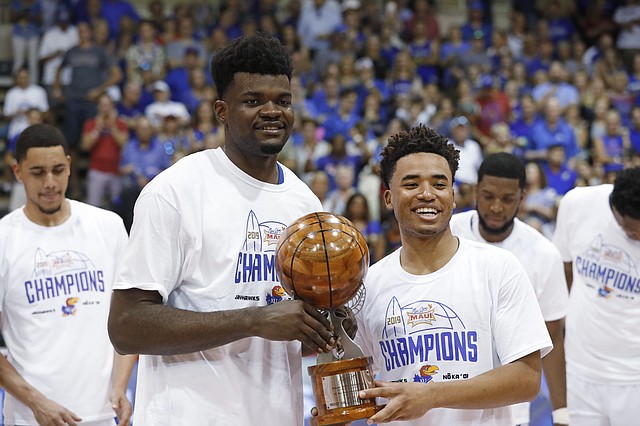 After teaming up to guide the Kansas basketball team to a 28-3 record and the likely No. 1 overall seed in the canceled NCAA Tournament, Udoka Azubuike and Devon Dotson on Friday earned second-team Associated Press All-American honors.

Two of the Jayhawks most responsible for No. 3 Kansas maintaining its place throughout the season as one of the best teams in the country, both Udoka Azubuike and Devon Dotson made the John R. Wooden Award late season watch list.

Lahaina, Hawaii — When KU’s Udoka Azubuike and Devon Dotson were handed the Maui Invitational MVP trophy on the floor following the Jayhawks’ 90-84 overtime win over Dayton on Wednesday night, Azubuike quickly lifted it high over his head. Matt Tait