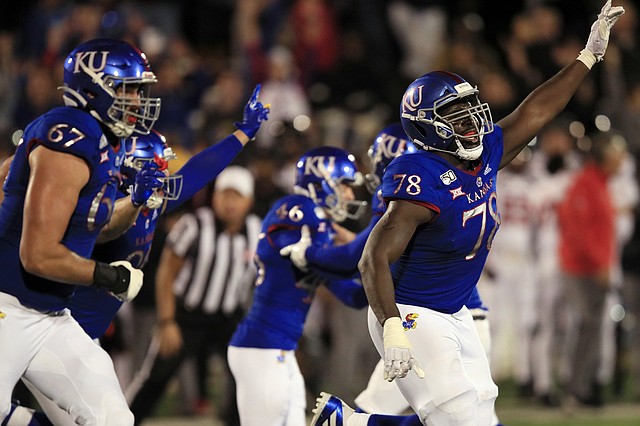 Hakeem Adeniji hadn’t even completed his first year at the University of Kansas when the offensive lineman began to think he had arrived as a college football player. His hunch proved correct, as further confirmed this week, when the four-year starter for the Jayhawks learned the NFL selected him as a participant at its 2020 scouting combine. By Benton Smith