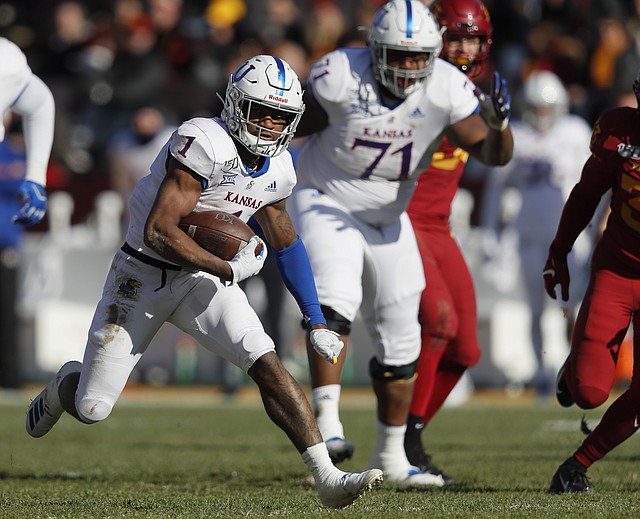 Notebook: KU's Pooka Williams expected to be one of nation's top RBs in 2020

The large-scale expectations for Pooka Williams Jr.’s junior year at the University of Kansas aren’t emanating exclusively from Lawrence and the football program’s fan base. Far ahead of the 2020 season, Williams already is gaining recognition as one of college football’s best running backs. By Benton Smith

The Jayhawks weren’t able to accomplish many of their week’s goals during a one-sided loss to Baylor. But they did set up Pooka Williams for some relative success, as the sophomore rusher topped 100 yards for the fifth time in 2019. Williams became only the second player in program history to rush for 1,000 yards in consecutive seasons. By Benton Smith

Pooka Williams gets back on track with chunk plays at ISU

Head coach Les Miles couldn’t say that he personally saw his Kansas football team’s star running back grow frustrated when the Jayhawks could not get Pooka Williams on track three games in a row.“I could understand it though,” Miles conceded. By Benton Smith