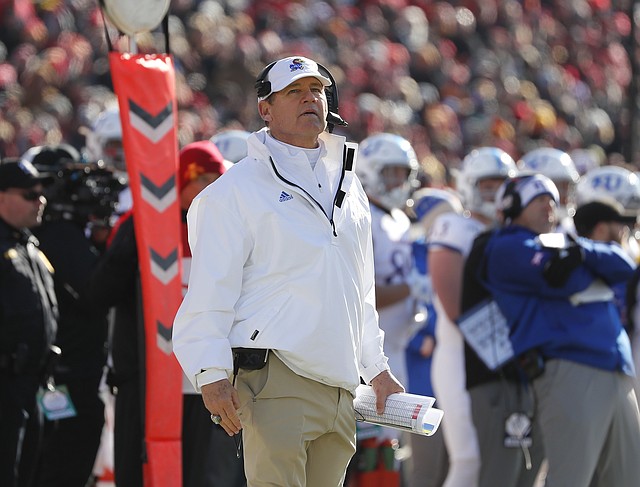 After two losing seasons at the University of Kansas, it wasn’t the lack of victories that led to Les Miles’ demise, rather sexual harassment allegations from his past ultimately cost the Jayhawks’ head football coach his job, as KU announced late Monday night Miles’ time with the program was over.

Report: LSU's internal investigation led to Les Miles being banned from 1-on-1 contact with student employees

According to an internal investigative report released by LSU, former football coach Les Miles, now the head coach at the University of Kansas, was accused of texting female students, taking them into his condo and allegedly kissing a student and suggesting they visit a hotel together, USA TODAY reported Thursday.

It could be much longer than expected before Kansas football head coach Les Miles can lead the Jayhawks into his second season with the program.

Kansas football coach Les Miles replaced five key members of his coaching staff during the offseason. And because of the global pandemic shutting down college athletics, Miles' five new hires have had to learn different ways to adjust to their new jobs. By Matt Tait

Kansas traded punches with Iowa State down the stretch, but ultimately suffered a 41-31 loss Saturday afternoon at Jack Trice Stadium.