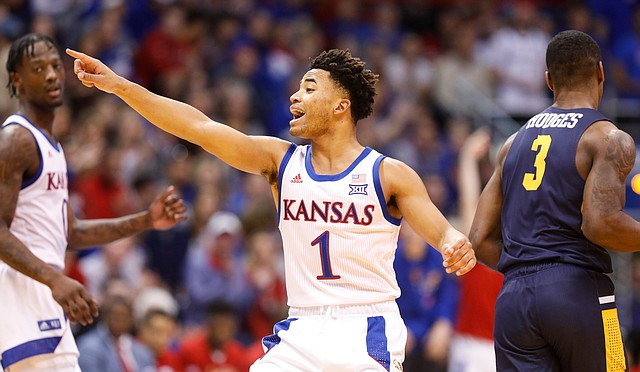 Kansas guard Devon Dotson (1) alerts the defense during the first half on Tuesday, Nov. 19, 2019 at Allen Fieldhouse.

A look at some of the keys for third-ranked Kansas in today's home battle with Chris Beard's Texas Tech squad at 3 p.m. at Allen Fieldhouse. By Matt Tait

A look at some of the keys for fourth-ranked Kansas in tonight's opener in the Maui Invitational against Chaminade. By Matt Tait

It was an ugly win, but a win nonetheless for Kansas as the Jayhawks defeated East Tennessee State 75-63 in the first round of the Maui Invitational Tuesday night.