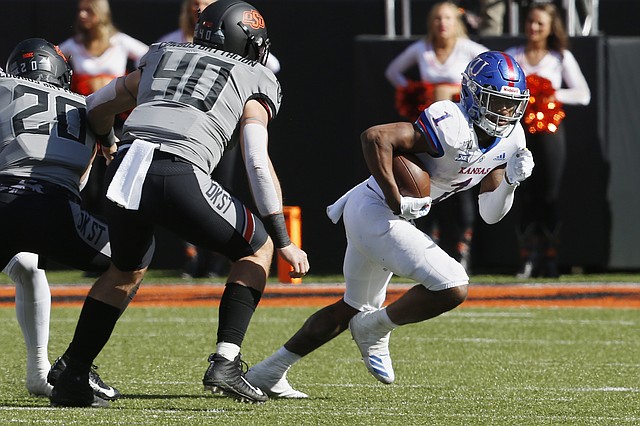 Hey, remember that Pooka Williams guy? Of course the Jayhawks do. The problem is the offense has performed so poorly lately that KU hasn’t had much luck featuring its most versatile skill player. By Benton Smith

Stillwater, Okla. — KU’s offense hogged the spotlight for all the wrong reasons once again in a 31-13 loss to the No. 25-ranked Cowboys at Boone Pickens Stadium Benton Smith