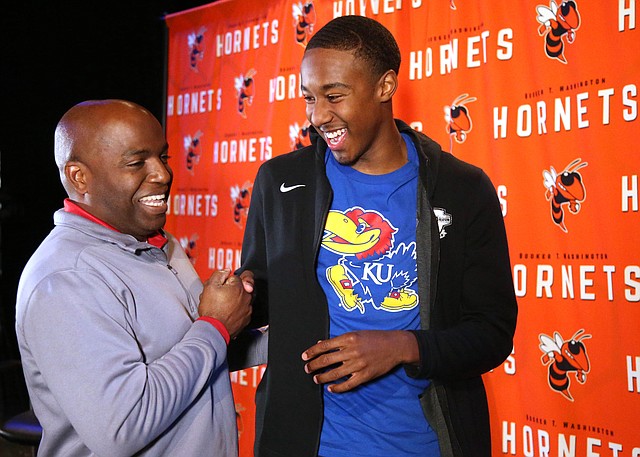 Kansas freshman Bryce Thompson has been known as a scorer throughout his basketball playing life, and his ability to put the ball in the basket has expanded with each passing year. But those who know the KU freshman best believe his defense could be an equally dangerous element of his success at the college level. By Matt Tait

The national Gatorade Player of the Year awards were released Thursday and a future Jayhawk was included among them. Bryce Thompson, a combo guard out of Booker T. Washington High in Tulsa, Okla., was named the 2019-20 Gatorade Oklahoma Boys Basketball Player of the Year. By Matt Tait

Kansas coach Bill Self on Thursday gushed about the size, skill and potential of 2020 signees Bryce Thompson, Gethro Muscadin and Tyon Grant-Foster, but also shared some of what he told those players and their families about the allegations Kansas is facing from the NCAA. By Matt Tait