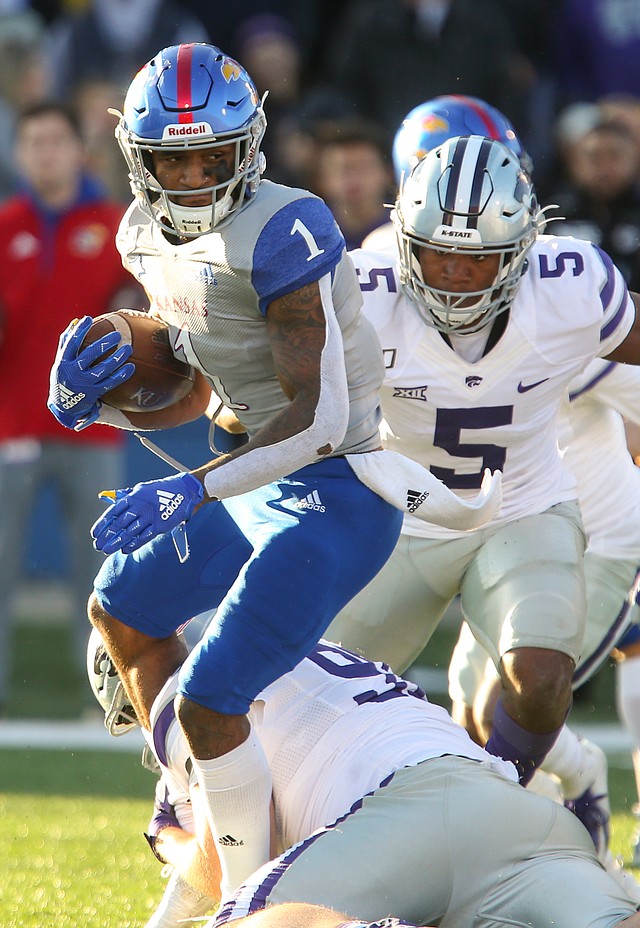 Kansas running back Pooka Williams Jr. (1) gets snagged around the ankles by Kansas State defensive tackle Jordan Mittie (91) during the third quarter on Saturday, Nov. 2, 2019 at Memorial Stadium. At right is Kansas State linebacker Da'Quan Patton (5).

Les Miles reiterates his support of Pooka Williams' opt out

Speaking in a public forum for the first time since Pooka Williams opted out of the rest of the season, Kansas football coach Les Miles said Wednesday night on his “Hawk Talk” radio show that the running back made a “great decision” given the circumstances.

Pooka Williams: KU offense 'out of character' in latest defeat

It had only been two games, but the Kansas football offense performed so well under new coordinator Brent Dearmon that the Jayhawks began looking at themselves differently. This was the type of team, they were convinced, that should regularly put up 500-plus yards of offense and 30-plus points. By Benton Smith