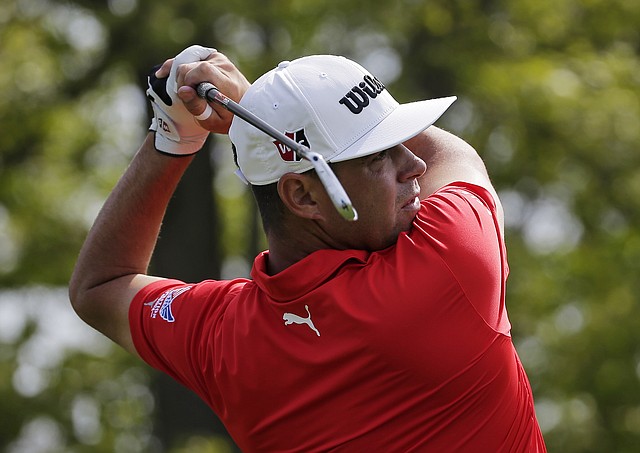 Gary Woodland watches a shot during the second round of the PGA Championship golf tournament, Friday, May 17, 2019, at Bethpage Black in Farmingdale, N.Y.

Nobody shot a better final round at the 2019 PGA Championship than former Kansas golfer Gary Woodland on Sunday. And as a result, the former Jayhawk and Topeka native carded his second ever Top 10 finish at one of golf’s major tournaments.

With one round left to play at this year’s PGA Championship golf tournament at Bethpage Black in Farmingdale, N.Y., a pair of former KU greats are among those golfers vying for a strong Sunday finish.